I have determined that to make it out of PPP you must either 1) rise to a higher level of management (the preferable solution) or 2) fail miserably and be forced to go back and join the ranks of the people actually doing the work described in the PowerPoints.

On a rare occasion, I am able to leave PPP for a day to obtain some insight into company operations. Recently I spent a day reviewing residential property appraisals. While this may sound boring, I assure you there was plenty of excitement to be had. In fact, based on this experience, I learned some important points to consider before refinancing my mortgage:

1. If you want to make sure the staff is awake, don’t flush the toilet before the appraiser comes to take pictures. A good toilet picture will have a more lasting effect than coffee.

2. If you have so much junk that the appraiser cannot physically get into your house, you might want to first consider renting a storage locker.

3. If at all possible, remove the bicycle hanging from the basketball hoop. This may not affect the value of the property but will probably confuse the review staff who will have to figure out which way to hold the picture.

4. If you’ve converted your Home Depot garden shed to a kitchen/bedroom/bathroom, you probably won’t get credit for the additional square footage.

Now, I think I’ll go put these tips in PowerPoint.

Several years ago, Thomas and I embarked on our first house hunting journey. We had decided we had had enough of trying to cram all of our (kids’) junk into 1350 square feet (125 square meters for my non-American audience.) We figured if we didn’t act soon, we might be approached to appear on “Hoarders.” However, rather than get rid of unnecessary belongings, we decided to consider the more reasonable option  – buy a bigger house.

The first house we made an appointment to view was highly promising – 5 bedrooms, remodeled kitchen, pool, palm tree out front: the California dream. As we drove to the house to meet the realtor, I felt the excitement brewing inside me. Finally, we’d have space for all of our stuff, the kids could have their own rooms, I could float on a raft in the pool after putting up the Christmas tree – the day dreams were endless.

As we toured our dream house, we found a few things were slightly different than expected. The bedrooms were a little on the small side, except for the large downstairs bedroom which had apparently been “upgraded” into a bonus room. That was ok, though, since half of the garage had been converted to the fifth bedroom. It would have been helpful to see this garage/bedroom, however, this part of the home would have to be bought sight unseen; the occupant was taking a nap and could not be disturbed.

While I was wondering if the garage inhabitant was included in the price of the house, Thomas was being attacked by swarming gnats next to the pool. A quick look over the backyard wall revealed the source of the infestation – a massive storm drain. The owner, for her part, made a valiant attempt to convince us that in all her time living there she’d never been seen these kamikaze gnats. I have a feeling those gnats and their cousins in the front yard would be offended by that statement. Actually, the gnats weren’t the only backyard surprise. While some sellers entice prospective buyers with the scent of freshly baked cookies in the kitchen, we were treated to the smell of freshly laid dog poop. We decided to keep looking.

It turns out all was not lost. A few days later we found another home that looked like a good match: four bedrooms, new flooring, big backyard and no storm drain. As we pulled up, we noticed the extra-wide driveway.  This would be perfect for Thomas, whose true dream is to park a broken down RV in the driveway and use it as a “man-cave.” He came up with this idea after realizing that no room at home is safe from the girls and their Barbies. Now that I think about it, maybe we can both move into the RV and let the girls have the house.

Unfortunately our RV fantasy was not meant to be. All the pavement in the front and backyard of the house was severely cracked, meaning the RV would probably sink underground with the next earthquake. On the other hand, a subterranean bunker could be useful I suppose. As we entered the property, the realtor explained to us that investors who were flipping this foreclosure had put in brand new flooring.  These investors were definitely family minded – the carpet was a familiar color that can only be described as “Already Dirty – Gray”. This was a good trick to help the prospective buyer’s budget. After all, if your new carpet already looked like the kids had roughed it up, then there was no point in ever cleaning it, right? That’s how you stay ahead of the game.

The garage offered its own dilemma; not only was there room for only one appliance (leaving us to debate whether the washer or the dryer was more important) but the smell of gas was overpowering. It was so strong that I quickly ushered everyone out for fear any escaping remnants of our Cajun dinner might torpedo us to outer space.  The gnats were starting to look better.  Yet, before I could pitch the benefits of gnats and garage-living to Thomas, common sense slowly took over.  It looked like we would need to forget the RV for now. Thomas would just have to put up a tent in the garden.  Besides I had just gone through a labor-intensive move at work… from the coat closet I was squatting in to a full-sized office down the hall. I would need to recover before I could start thinking about packing boxes again.

EPILOGUE: Two years later we found the strength to once again attempt to find a house. This time, with a bit of patience, nail biting, anti-depressants, alcohol and good luck we did eventually find a gnat-free house without a gas leak or random dude living in the garage. More on that story to come later…

When leading a conference call, it’s important to keep your goals in mind. If you work in Corporate America, then you know that you have two goals and two goals only: to confuse every participant, and to maximize the number of minutes you steal from everyone’s day. To ensure you stay aligned with these goals, here is a handy list of  DOs and DON’Ts that you can refer to during your next conference call.

1. DON’T tell people what the call is about or give them any background information. After all, it’s your job to keep folks on their toes.

2. DO give out an incorrect dial-in number. After 5 minutes of making everyone question their sanity, send around the correct number. To maximize effectiveness of this tactic, start the presentation on time, so that when people finally do dial in, they’ve missed several key points.

3. DON’T tell people which slide you’re on. This makes for good suspense. When someone finally speaks up and asks, make sure to tell them the wrong slide.

4. If you get the sense that the group is following along too well, DO throw in the term  “overcollateralization” a few times to ensure no one has any idea what you are really talking about.

5. DO concede, when challenged by one or more members of your audience, that your slides aren’t as precise as you led people to believe. When you think about it, you do have to agree that the phrase “formal proposal” doesn’t really mean “idea I had while on the toilet this morning.”

6. DO use the word “paradigm.” Since no one has used that word in over 5 years, you’ll reveal yourself as the douchebag you really are.

7. DON’T admit that you too are overcollateralized and have no idea what you are really talking about. 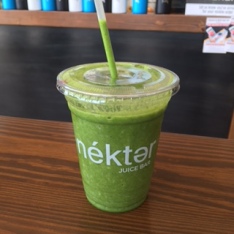 In my last post,  I discussed Signs You’ve Hit Middle Age. I recently realized that I left out one important sign…namely, that you are irritated by stupid trends. The following ridiculous trends aren’t even new; they’ve just gotten on my nerves long enough that I finally had to vent my supreme annoyance.