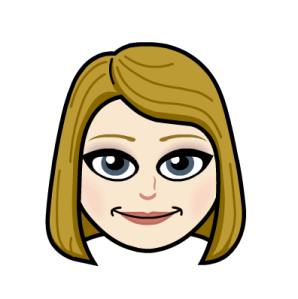 In June, Elizabeth’s fourth grade teacher nearly got me fired. As if that wasn’t enough, I almost dragged several of my friends down with me. To be fair, it wasn’t really her teacher’s fault. She certainly had no idea that an innocent cell phone app would lead to a dereliction of MS Office duties and general loss of productivity across several companies.

Let me explain. I had helped out in Elizabeth’s classroom one day and was chatting with her teacher after school. At some point during the conversation, she introduced me to Bitmoji, an app that allows you to create a detailed avatar of yourself. I was immediately fascinated.  (I also couldn’t help but wonder why none of my elementary school teachers had fun stuff like Bitmoji. Instead they threw chalk at us.)

While the concept of an avatar was hardly new, when you have young kids, “new” takes on a different meaning. This is because, beginning with the birth of your first child, you are on a perpetual five year delay when it comes to anything hot off the press. To my point, I didn’t even see the 2009 film Avatar until 2014.

The next day at work, the PowerPoint presentation I was drafting crashed my computer. Sadly, similar to drafting a PowerPoint presentation, restarting my computer can be a painful and time consuming process. IT attributes this to the software I run, however, I’m fairly certain the true reason is that the computer I was issued is so old that it shouldn’t be running anything more modern that Microsoft Works. IT was most likely instructed under threat of death not to reveal the truth of the matter.

In any case, since my computer was obviously out of commission for the near future, I came to the logical conclusion that downloading Bitmoji on my cell phone was the best use of my time. I opted against the other option, surfing Facebook, since “liking” anyone’s status at 10am on a weekday would at best be perceived as suspect and at worst a performance issue.

Once Bitmoji was downloaded I realized how much better it was than I had realized. There were countless options to personalize my avatar. Not just hair and eye color, but even things like eyebrows, face shape and body shape. I was completely intrigued with the possibilities. In fact, I was soon so busy trying out haircuts and shades of lipstick on my fake self, I had completely forgotten about real life, including my technologically-challenged computer and my half-finished PowerPoint. 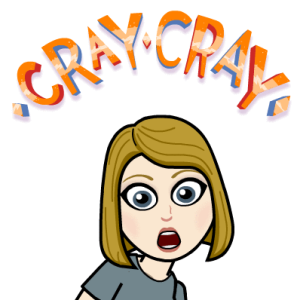 About 30 minutes in, I discovered I could make myself taller, a feat which has defied me in real life. I was barely able to contain my excitement; this avatar was cheaper and better than either Botox or plastic surgery. Since my life is spent in one of four places – behind my computer screen, in traffic, at home, or at Target – I never see anyone I know in person. Consequently, the chances were slim that anyone would figure out my new avatar was not a completely honest representation of me. I began madly texting my friends these images of my new self. They seemed to share my philosophy, because the next thing I knew they had ditched their spreadsheets and PowerPoints and were texting me back images of their new Bitmoji avatars. Corporate productivity had decreased across Southern California. 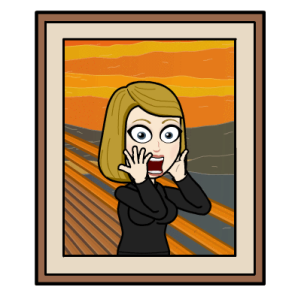 I truly don’t think I’d been that excited about advances in technology since moving back to the U.S. from Switzerland in 2000 and learning that you could get “cash back” at the grocery store. [I had been living in Switzerland for a number of years, and while the Swiss were obviously superior in many areas (watches, Army knives, direct Democracy, cheese with holes), the idea of getting cash and chocolate in the same transaction had not made it to the Alps.]

When I finally regained my senses, I realized that I had been hunched over my cell phone in front of a dark computer screen for at least an hour. I got my computer up and running and frantically checked my Outlook calendar for any meetings with my boss I might have missed. Next, I scanned the halls for any sign that my idleness had been detected. All was calm; I was met only with the faint sound of productive employees typing on their keyboards. It appeared I had dodged the bullet this time, but if I wanted to keep bringing home a paycheck, it would probably be a good idea to embrace my wrinkles and delete Bitmoji from my phone… 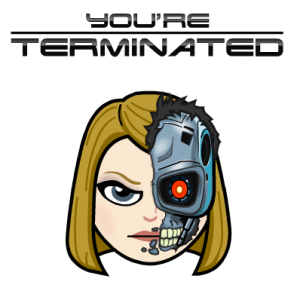